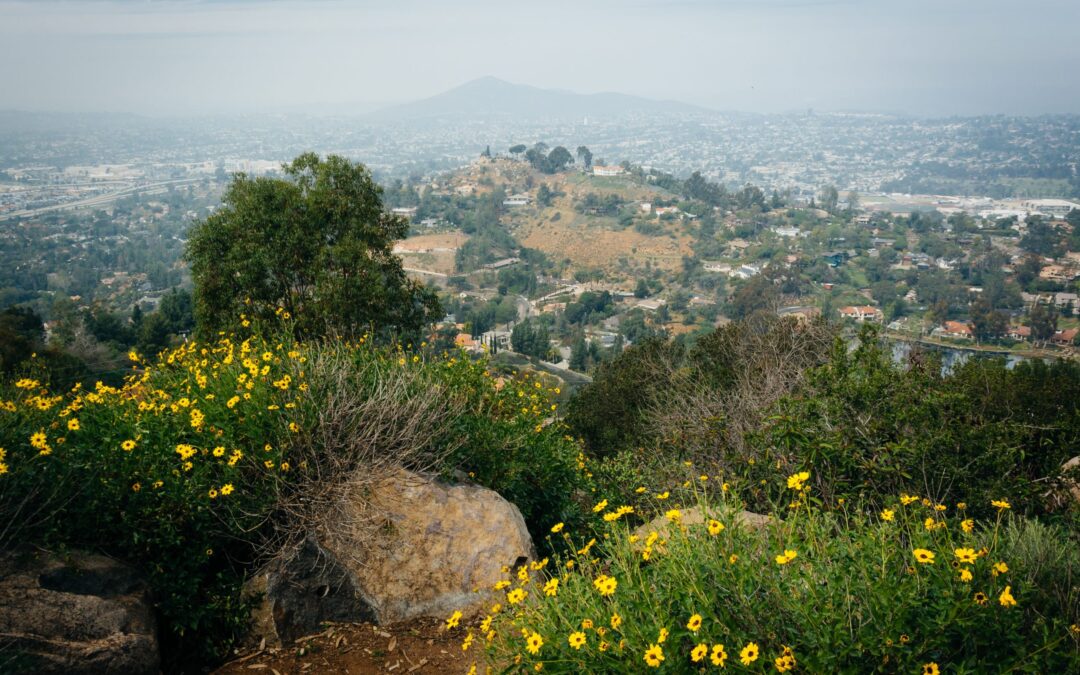 San Diego is praised as “America’s Finest City, ” but that name belies the complex culture, society, and people who call San Diego home. San Diego is often known as a “city of villages.” San Diego is denoted by its rolling hills, mountains, and rivers that separate its various neighborhoods into “villages.” The character of one is drastically different from that of its neighbors, even those that are directly next door. One of those neighborhoods is El Cajon.

El Cajon is a medium-sized city of over 100,000 east of San Diego proper. El Cajon is one of the most diverse cities in the United States. Its racial makeup is fairly evenly distributed, about 1/5 of its residents hold a college degree, and, unlike many other cities, there is an even mix of “blue” and “white” collar workers. El Cajon’s most striking features are the Fletcher Hills mountains that form its backdrop.

El Cajon, unlike many of San Diego’s central neighborhoods, is primarily suburban. Its real estate prices, while high compared to the rest of the country, are relatively low in California. Home prices range from a high of $580,000 to a low of $180,000. Furthermore, El Cajon is primarily composed of renters, nearly 60 percent of its population rent. Because of this, El Cajon rental property is an extremely smart real estate investment. Moreover, the average rental rate ranges from $2,100 in expensive areas to $1,500 is more modest areas.

Therefore, there is plenty of room for ambitious property owners to expand their inventory and secure long-term renters. There are properties for entrepreneurs who want to invest in condos, family homes, and multi-family properties. Finally, El Cajon, unlike Little Italy, North Park, and Barrio Logan, has plenty of open space. Many experts believe that, as Millenials age, it is likely they will mimic their parents and begin flocking to suburban areas to raise families. El Cajon, unlike many other suburban cities, is relatively close to commercial centers, community events, and public transportation.

A major impediment for suburban investments is that commutes are longer which reduces the attractiveness of your properties. El Cajon is a large city that is situated east of San Diego-proper. The major commercial and business areas in San Diego are: Downtown, San Diego State University, University of California, San Diego, San Ysidro (the border) and University Center (in La Jolla). Luckily, El Cajon is never more than 30 minutes from most of these locations (except La Jolla which can take up to 45 minutes).

Furthermore, a larger share of El Cajon residents utilize public transportation than the average California city, thanks to the MTS trolley lines. San Diego operates a trolley system composed of three lines: the Green Line, Orange Line, and Blue Line. Both the Green and Orange Lines have stops in El Cajon. The Green Line is more scenic, taking its riders to Qualcomm Stadium, San Diego State University, the Mission Valley and Fashion Valley shopping malls, Oldtown, Little Italy, Seaport Village, the Convention Center, and ending in Gaslamp and Petco Park. That means residents in El Cajon never have to step onto a freeway to see some of San Diego’s best shopping, athletic events, and sites.

Conversely, the Orange line is more business-oriented with stops in La Mesa, Spring Street, Park and Market, Fifth Avenue, and the Civic Center. For residents of El Cajon, they can easily access both their job and popular tourist sites through the MTS trolley.

Finally, El Cajon has plenty to offer, obviating the need for residents to commute far for recreation, so your tenants do not even need to venture far for fun, adventure, good food, and community. If your residents enjoy the thrill of gambling, clubbing, and shows then Sycuan Casino is literally next door. For more quiet days, you can visit the Water Conservation Garden and Summers Past Farms. El Cajon, true to its San Diego roots, has the Burning Beard brewery. If you prefer the outdoors, there is the Sweetwater River Trail, Steele Canyon County Park, El Cajon Mountain Trailhead, and many more.

There’s also a thriving restaurant scene in Downtown El Cajon. You can grab a meal at any of El Cajon’s dozens of restaurants including URBN (an experimental pizza joint), Por Favor El Cajon (bursting with margaritas and Mexican food), and Ali Baba (Middle Eastern cuisine). El Cajon’s diverse population ensures that your tenants will never get bored.

If you’re looking for El Cajon property management, we can help you. We service all of San Diego county, including El Cajon and North County. If you own a residential apartment complex or a rental home, we can help you lease your investment property. Contact us today for more information.